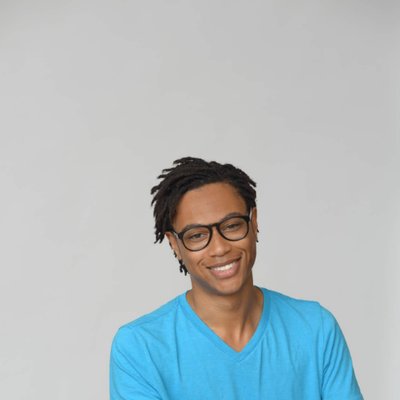 Original.elm is taken directly from the Elm Architecture Tutorial. We’ll be looking at this application the whole time, so it’s worth understanding what it does. When you click the button, the app requests a random GIF from giphy.com. Also, when you start the app, it makes an HTTP request right away. Simple enough.

So how do I test the HTTP request?

Together these mean that the Elm architecture guides you towards a solution that is tricky to unit test. Let’s see how dependency injection can help us. Instead of creating Cmds inside of our application, let’s pass the Cmds that we intend to use as an argument:

You can read the type alias like as Effects, which are generic over msg (just like Cmd!), can produce some wrapper, which is not necessarily a Cmd. First, we’ll take a look at main, where the wrapper is a Cmd. Then, we’ll check out the tests, where we exchange Cmd for something easier to inspect.

You can see that our init and update functions are a bit different now: they take Effects as the first parameter. This restricts the kinds of stuff they can return—it must be created with one of the fields in the record! So even though we’ve introduced some indirection, we have maintained type safety. Let’s take a peek at where Effects is ultimately used, just to make sure:

We did this all in the name of “testability”, but I’ve yet to show you a test! Well, fear no longer, and rejoice in the fruits of your labor:

Is the test and resulting code more pleasant to maintain? In our quest for testability, we actually gave up quite a few niceties of Elm. First, we’ve removed the explicit dependency on the well-documented http library. Of course, this is the essence of dependency injection, so it may seem strange to list it as a loss. The real concern is that we actually lose the ability to use any Elm standard library directly within our app. Any time that we want to implement an effect, we must add it to our Effects record to maintain testability! All of the work that library authors put into designing pleasant and composable APIs is lost in the name of testability.

The second note is that we’ve increased the complexity of all of our type signatures. This means any errors that arise will be trickier to debug. Compounded with the fact that the Effects module is unique to your application, this will certainly hurt the beginner-friendliness of your code.

I do not know whether these downsides negate the utility of this approach. Stuff like this can be tricky to illustrate with a small code base, since simple code often doesn’t benefit at all from test coverage. Regardless, it’s encouraging to know that a testable solution is entirely possible, should the need arise before other solutions do!

Thanks to Byron, whose idea this was originally, and Justin who helped me prototype the first version.